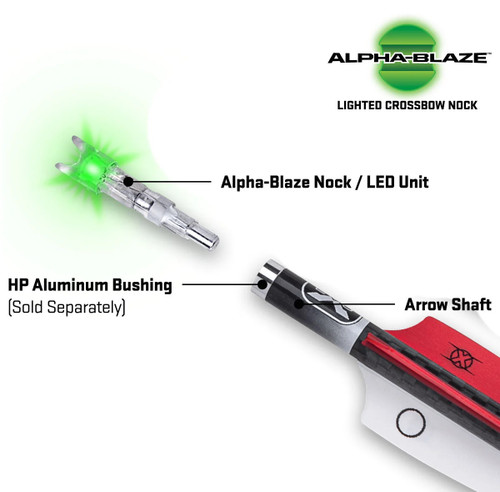 The Alpha-Blaze Lighted Nock contains a one-piece Nock/LED unit that is indexed with the vanes and press fits into the arrow’s Aluminum Bushing. Upon firing the crossbow, the bowstring’s force compresses the two pieces and activates the lighted nock.

Deactivate the easy on/off Alpha-Blaze lighted nock by pulling the nock straight out until the light turns off – no tools required. The LED light of the Alpha-Blaze system lasts for approximately eight hours when activated.

Sold In Packs of 3

Get the latest updates on new products and sales